As all modelers know, even when your deep into a project, there is always something else in the back of your mind.  While building the "Regina", I had many other ideas along the way.  This next model is the result. It has been cobbled together from mostly three main components:  a recycled Dorvack armour, a Sherman tank base, and the housing from a burnt-out Dremel.  All other bits and pieces were scrounged from the parts boxes, plus the inclusion of the traditional Kinder Egg.  After I was finished with the building, here was the result: 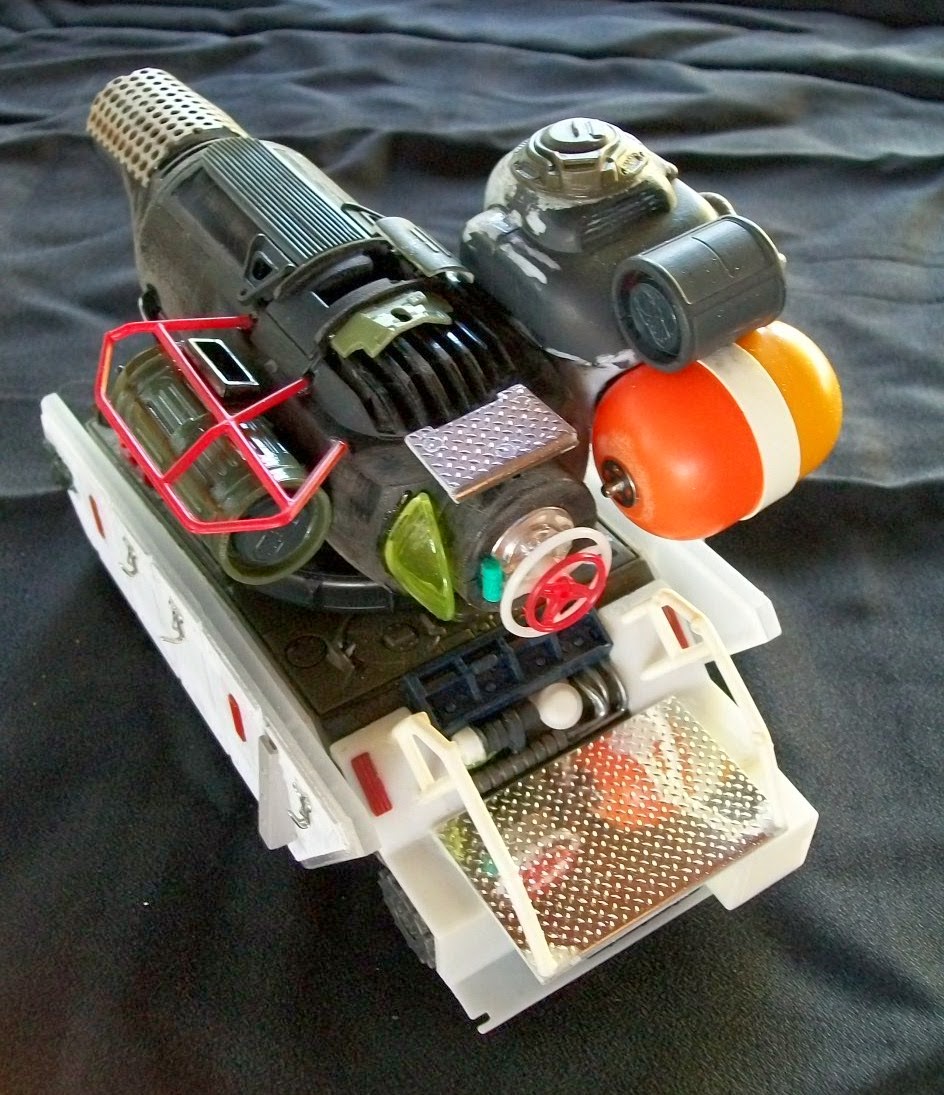 It was now time for painting and the inevitable weathering.  As this was a tank on another planet, I decided not to have it built from any iron-based metals.  I figured there would be enough opportunities to use reds for the weathering since it was on Mars anyway.  A basic military green is the base colour, which had steels and metallics dry-brushed on for wear and tear. 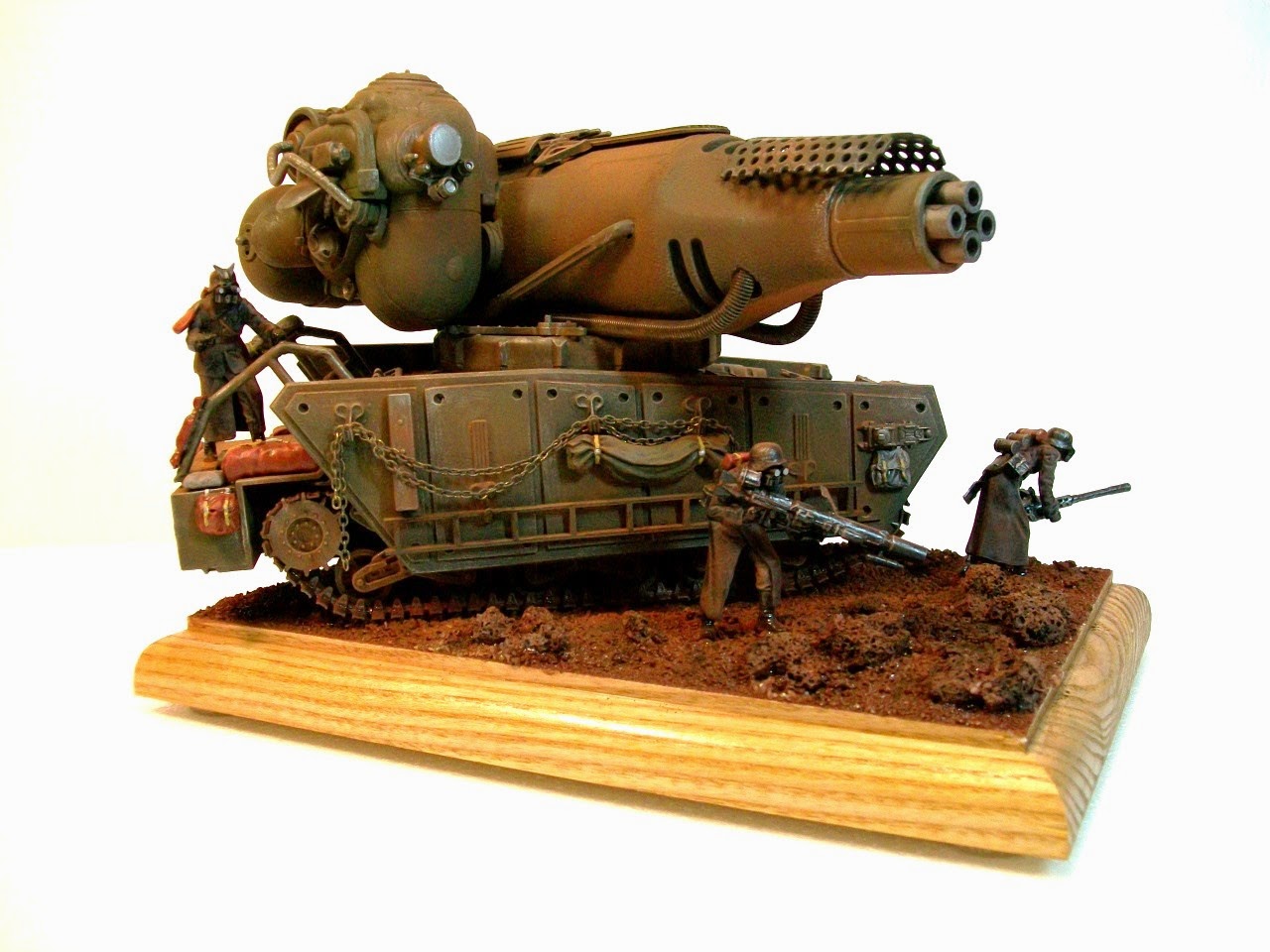 The 1/35 figures from Tamiya were modified for the Martian environment (breathers, goggles, etc.).  I had just seen "Iron Sky" so that influenced me considerably!  For the base I used some sands, gravels, and lava rock.  Finally everything was dusted down with various shades of reds and browns to simulate the Martian ecosystem. 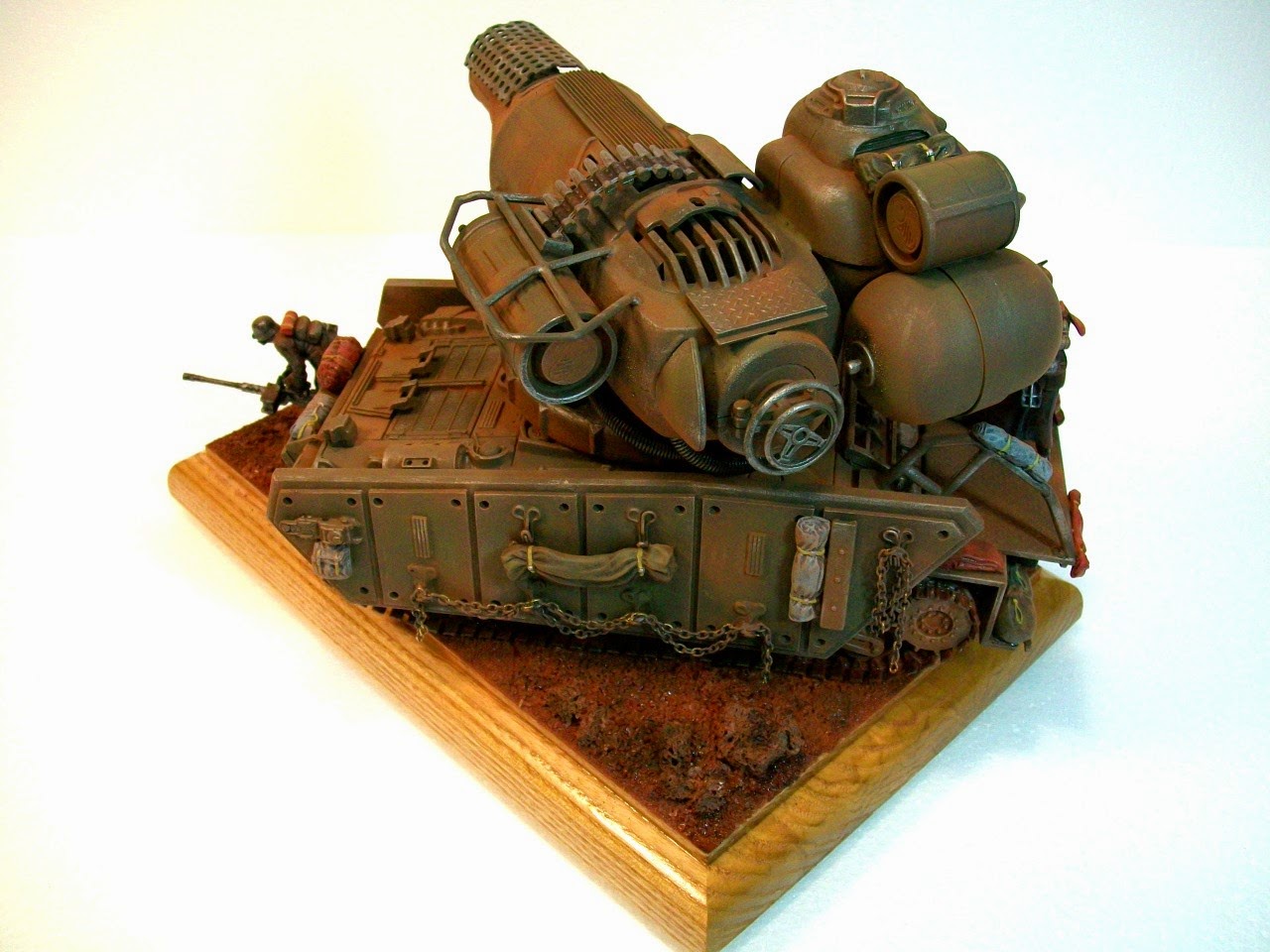 The Heavy Tank "Herbert George" is now complete.  I don't have any back-story for the model, but the name itself should conjure up a few ideas...  It's payback time! 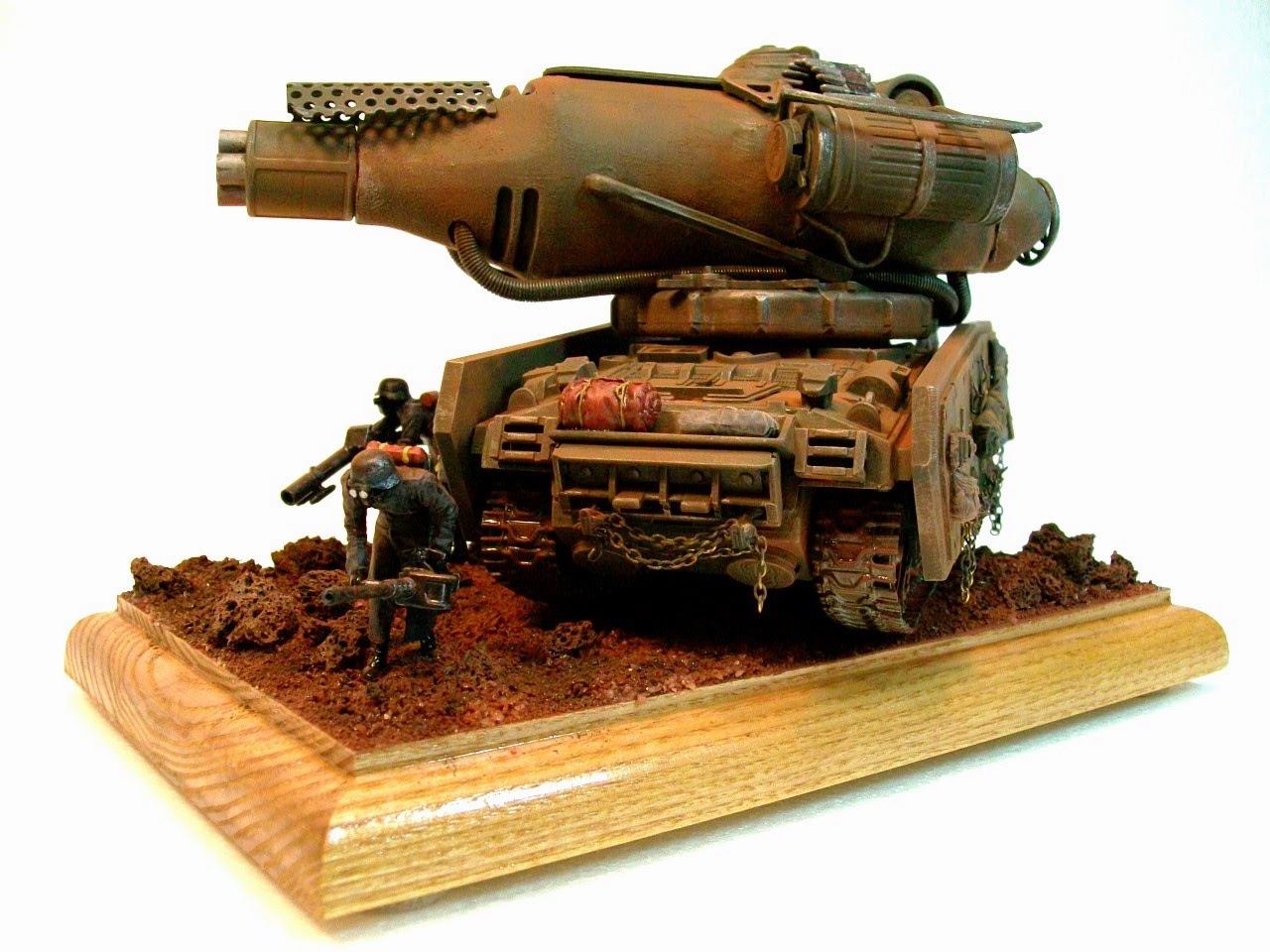 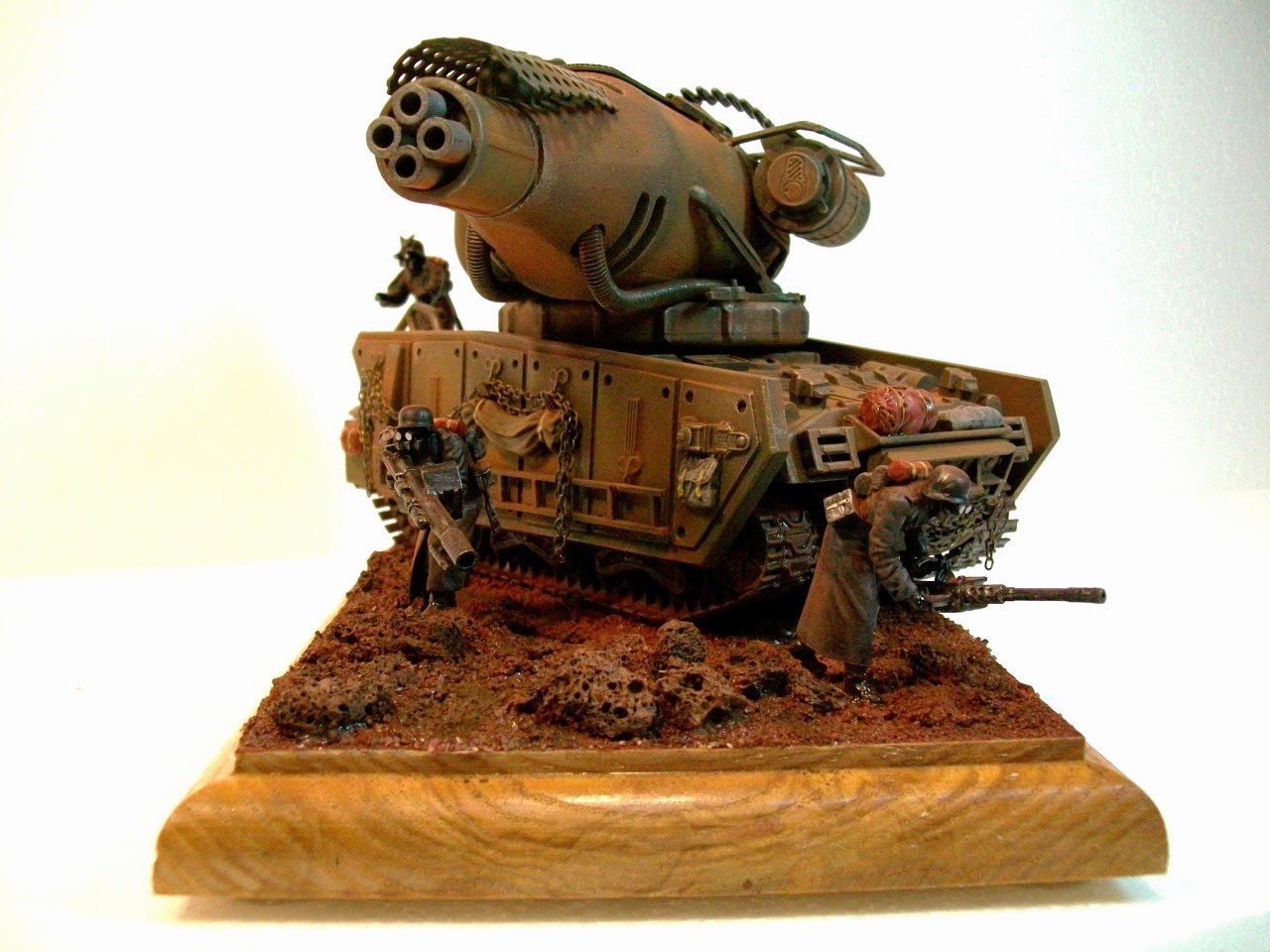 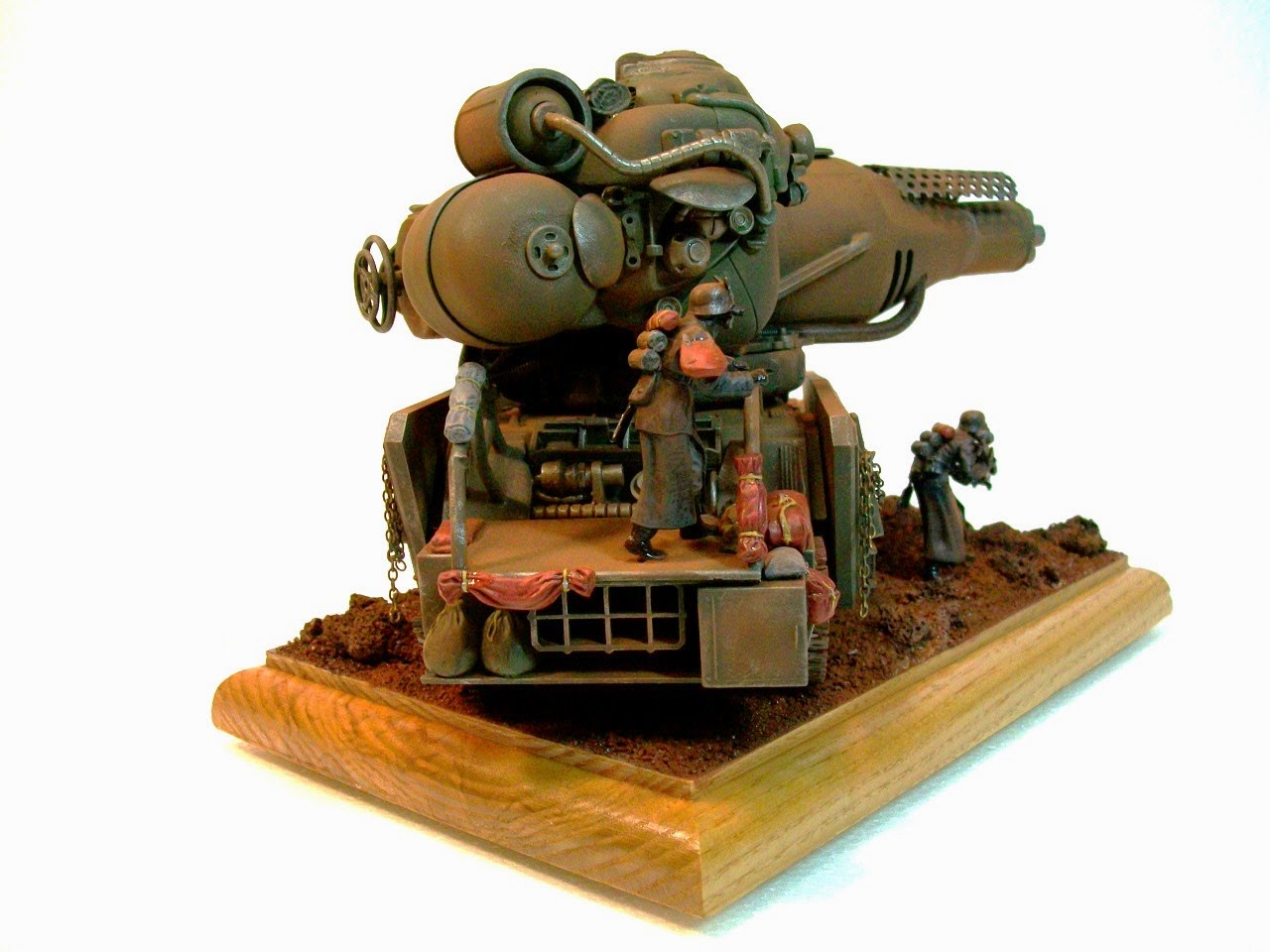